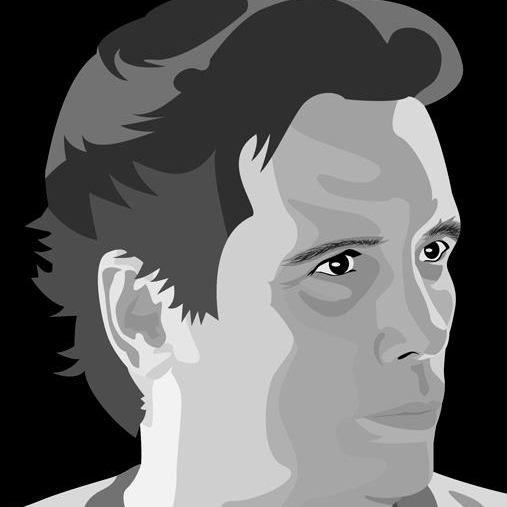 We are not a nation of immigrants. We were a nation founded by settlers, which is not quite the same thing. These days we’re a nation of people who didn’t come from somewhere else because we were already here.

There's a big, green lady dominating New York Harbor. She stands admirably, stoically erect, yet with an equivocal look about her—as might anyone so consistently misunderstood. She was never intended as a monument to immigration, but as a monument to an ideal of freedom. There's a reason we don't call her the Statue of Immigration. The purpose and the spirit of the statue was quite clear until they bolted that sappy sonnet to it:

"Blah, blah blah...
Give me your tired, your poor,
Your huddled masses yearning to breathe free,
The wretched refuse of your teeming shore.
Send these, the homeless, tempest-tost to me,
I lift my lamp beside the golden door!"

Emma Lazarus' insipid screed inviting “the wretched refuse of your teeming shore” to come on over to our place wasn’t exactly what anybody had in mind even then; but they went ahead and tacked the silly thing onto the base of the statue anyway. What harm could it do? It wasn't like anybody with any sense would take it literally.

And nobody with any sense ever has.

(The statue was dedicated in 1886; Emma's handiwork wasn't hammered onto the statue's base until 1903—by which time Emma was long gone.)

Thirty-one years after Liberty Enlightening the World was dedicated, a war was raging in Europe. America, trying to decide to what extent we should get involved, was a little uneasy about the disposition of American residents of various European extractions. How many of them were here? Whose side would they be on? Immigration was already presenting some characteristic conundrums.

It turned out that in 1917 about one third of Americans had been born elsewhere, or had parents who were. So we weren't a nation of immigrants even then: immigrants and the children thereof were a distinct minority. (By 1965 that minority had dwindled to 5%.)

General attitudes toward immigration have fluctuated to match changing conditions. There have been specific needs for manpower at specific times: sometimes farms needed farmhands, mining needed miners, factories needed factory workers. So many Chinese came over to work the mines and build the railroads that nobody knew how many were here, and nobody knew what to do with them once they were no longer needed. It seemed in poor taste to ask them to leave.

There were rules. Every immigrant had to pass a medical exam, which tested for, among other things, tuberculosis, which has killed more people in history than just about everything else put together. They had to prove they could look after themselves and were not going to be a financial burden on society. They needed to understand—unlike the majority of American voters today—the general purpose of the Constitution. Oh, and they had to understand enough English to get by.

We've certainly let the standards down since then. Virtually every other country on Earth has at least a nominal set of qualifications that would-be immigrants must meet. Here are some nuggets from Mexico's own "Law on Population":

Article 34—Only foreigners whom the Mexican government can "ensure" will be "useful elements" and who will show up with the "necessary funds for their sustenance" will be tolerated.

Article 37—Foreigners whose presence might upset "the equilibrium of the national demographics" must stay out.

Article 73—The Mexican feds are tasked with keeping track of every single person in Mexico. Federal, local and municipal law enforcement "must cooperate with immigration authorities" in detaining illegals. No sanctuary cities, sanctuary states or sanctuary barrios.

We have illegals by the millions; Mexico doesn't have any. Illegal immigration costs us $113 billion a year, give or take; Mexico benefits from our troubles to the tune of $30 billion a year.

I wonder if we're doing something wrong.